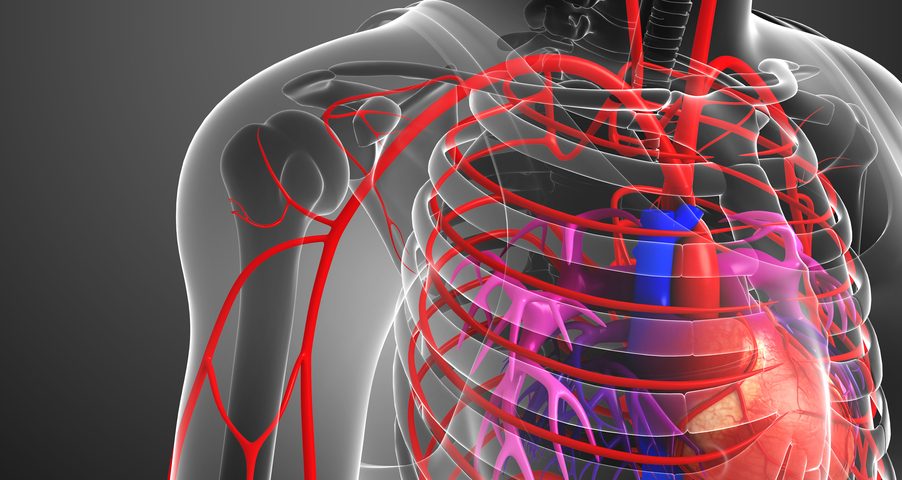 People with bronchiectasis have lower-than-normal numbers of endothelial progenitor cells (EPCs) in their blood, a study suggests. The results indicate a link between low EPC activity and greater disease severity.

The findings were published in the journal Respiratory Medicine, in a study titled “The detrimental qualitative and quantitative alterations of circulating endothelial progenitor cells in patients with bronchiectasis.”

EPCs, as their name suggests, are cells involved in maintaining the health of the endothelium — the inner layer of cells in blood vessels. Derived from bone marrow, these cells play important roles in the formation of new blood vessels and in repairing damaged vessels.

Bronchiectasis is characterized by inflammation and scarring of the bronchi, which are the airways that bring air to the lungs. Previous research has implicated EPC abnormalities in the development of other lung conditions, including chronic obstructive pulmonary disease and pulmonary hypertension. However, little is known about the role of these cells in bronchiectasis.

Now, researchers in China collected blood samples from 29 people with bronchiectasis, and from 15 people without the progressive condition (controls). Based on E-FACED scores, 16 (55.2%) of the bronchiectasis patients had mild disease, while the rest (13 patients, 44.8%) had moderate disease.  Of note, E-FACED scores are a disease measure with a demonstrated prognostic capacity in bronchiectasis.

Using these samples, the team evaluated the number of circulating EPCs in each individual. Samples also were analyzed for other biological and inflammatory markers, and participants in the study underwent a variety of clinical assessments.

“As far as we know, this is the first study to determine the alterations of EPCs in bronchiectasis,” the researchers wrote.

Relative to the healthy controls, people with bronchiectasis had significantly fewer EPCs in their blood. In addition, based on cellular markers assessed in the lab, the EPCs in patients showed fewer signs of activity, such as dividing (proliferation) or moving to other parts of the body (migration).

EPC levels also were significantly lower in patients with moderate disease, compared with those with mild disease.

The extent of proliferating EPCs also was significantly associated with disease severity. No such link was found with EPC migration.

Additional analyses showed a significant connection between higher EPC levels and greater lung function, as measured by forced expiratory volume (FEV). FEV measures how much air a person can exhale during a forced breath.  In contrast, no significant association was detected between EPC levels and Pseudomonas aeruginosa infection. Known as P. aeruginosa, it is a bacteria that can cause of variety of respiratory infections, including pneumonia, and severe systemic infections.

Compared with controls, the individuals with bronchiectasis had significantly higher levels in their blood of inflammatory molecules, including interleukin-6, produced in response to an infection. Statistical analysis demonstrated a significant negative correlation between these and EPC levels among bronchiectasis patients, indicating that low EPC levels are associated with increased inflammation.

Since low EPCs were linked with increased inflammation, “anti-inflammation treatment may be beneficial to patients with bronchiectasis by improving endogenous endothelial repair capacity,” they added.

Limitations of this study include the small sample size, and the fact that none of the participants with bronchiectasis had severe disease. As such, more research will be needed to understand the role of EPCs in bronchiectasis, the scientists said.