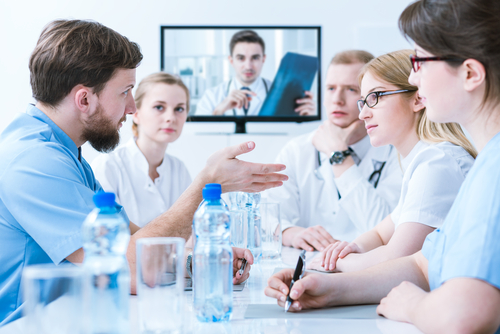 Greater severity of dyspnea, or labored breathing, is associated with higher functional impairment in people with bronchiectasis, a study has found.

The study, “Characterization of the severity of dyspnea in patients with bronchiectasis: correlation with clinical, functional, and tomographic aspects,” was published in the Jornal Brasileiro de Pneumologia.

Prior studies have demonstrated considerable variability in the clinical characteristics of bronchiectasis, leading to the creation of multidimensional scoring systems to assess the severity of the condition.

Researchers at the University of São Paulo, in Brazil, sought to determine whether a single variable — severity of dyspnea — could be used to evaluate prognosis in bronchiectasis.

A total of 114 patients (mean age 42.5 years) treated at the university’s Bronchiectasis Outpatient Clinic between May 2014 and October 2017 were included in the study.

Clinical data were collected using a standardized interview format, which included questions about demographics, current medications, severity of dyspnea, number of symptom exacerbations within the past year, and the length of time the patient had experienced symptoms.

Patients were categorized into groups with mild or severe symptoms based on their scores on the modified Medical Research Council dyspnea scale.

Participants with severely symptomatic bronchiectasis used respiratory medications more often, and had more exacerbations and worse lung function, as evaluated by spirometry, which measures lung capacity and air flow speed; diffusing capacity of the lungs for carbon monoxide, an indication of how much oxygen gets into the blood from the tiny air sacs in the lungs; and plethysmography, which assesses lung volume.

The most frequent finding from the measurement of lung volume was air trapping — the abnormal retention of air in the lungs which makes it difficult to exhale completely — seen in 77 patients (67.5%). As for spirometry, 83.3% of patients showed air obstruction.

The researchers also looked at two multidimensional bronchiectasis severity scales: E-FACED — which stands for Exacerbation in the previous year, FEV1 (forced expiratory volume in one second), Age, Colonization, Extension, and Dyspnea — and the Bronchiectasis Severity Index, which accounts for factors such as age, body mass index, FEV1, hospital admissions in the last two years, exacerbations in the last year, and severity of dyspnea.

In turn, CT scans, used to analyze the extent of the condition, showed weak correlations with dyspnea severity.

Ultimately, the study shows that measures of lung volumes were in line with spirometry data, and indicates that using a single tool is not enough to properly characterize and manage bronchiectasis, the scientists said.

“Given the complex nature of bronchiectasis, a combination of clinical, functional, and radiological evaluations is essential for an adequate characterization of the disease, thus making appropriate clinical management and determination of the prognosis,” the researchers wrote.