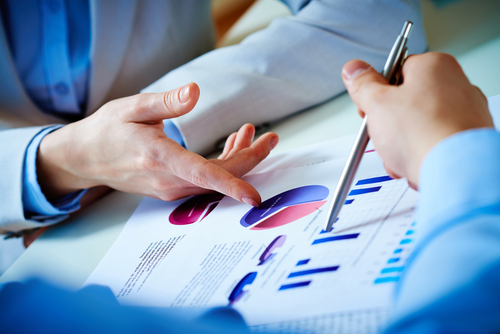 The number of new cases of bronchiectasis in South Korea gradually decreased from 2005 to 2013, but remained higher than in Western countries, a study shows.

Notably, among bronchiectasis’ most common causes, only tuberculosis showed a gradual decrease in its number of existing (prevalence) and new (incidence) cases within the same period — the result of a continuous government-led tuberculosis control program in the country.

The data suggest that the observed drop in bronchiectasis incidence in South Korea may be associated with a lower rate of tuberculosis, in addition to better personal and socioeconomic conditions, researchers said.

The study, “Incidence of bronchiectasis concerning tuberculosis epidemiology and other ecological factors: A Korean National Cohort Study,” was published in the journal ERJ Open Research.

Bronchiectasis is characterized by an irreversible expansion, inflammation, and scarring of the bronchi, the small airways of the lungs. It often occurs secondary to other lung conditions such as cystic fibrosis, respiratory tract infections (including tuberculosis), and allergies — including asthma.

In South Korea, and in other Asian countries, the prevalence of bronchiectasis is substantially higher than in Western countries. In addition, according to the Korean Multicentre Bronchiectasis Audit and Research Collaboration database, tuberculosis is the leading cause of bronchiectasis, followed by lung infection, asthma,  nontuberculous mycobacteria (NTM) infection, and chronic obstructive pulmonary disease (COPD).

The number of new tuberculosis cases in South Korea has declined gradually since the implementation of a government-led tuberculosis control program back in 1962, changing the country’s tuberculosis burden from high to intermediate.

While a successful tuberculosis control program may be an effective strategy to reduce bronchiectasis’ disease burden, data supporting this assumption still lack.

Aiming to address this gap, a team of researchers estimated bronchiectasis incidence from 2005 to 2013 using data from the National Health Insurance Service-National Sample Cohort (NHIS-NSC), a representative sample of the Korean population in 2002 and followed until 2013, containing personal information, demographics, and medical treatment data.

Tuberculosis prevalence and incidence in 1990 and 1995 were extracted from published studies, and between 2001 and 2013 from the Annual Report on Notified Tuberculosis in South Korea, which is publicly published by the Korean Centres for Disease Control and Prevention since 2001.

Further analyses of potential contributors to bronchiectasis showed that the rates of other common causes of the disorder rose during the study period, either steadily (pneumonia, asthma, and NTM infection), or with an initial decreasing trend, as seen with COPD.

These findings suggested that the decrease in bronchiectasis incidence may be indeed associated with an effective tuberculosis control in South Korea.

Still, better personal and socioeconomic conditions also may have contributed to this decreasing trend, the team added. According to Statistics Korea, there was a gradual drop in the rates of smoking between 2005 and 2013 (28.8% to 24.1%), antibiotic use (32.4% to 24.5%), and air pollution, while socioeconomic status was increased.

“These results suggest that health promotion policy, including TB [tuberculosis] control, would help decrease the incidence and disease burden of bronchiectasis in countries with an intermediate-to-high TB burden,” the researchers wrote.

They also noted that future prospective studies are needed to monitor bronchiectasis’ incidence, prevalence and underlying causes in Asia.